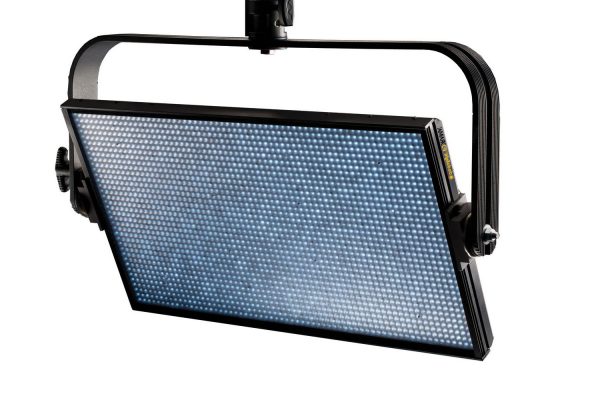 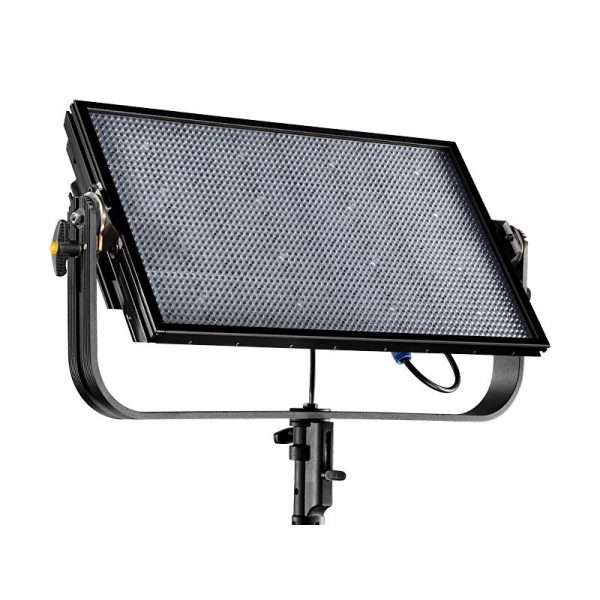 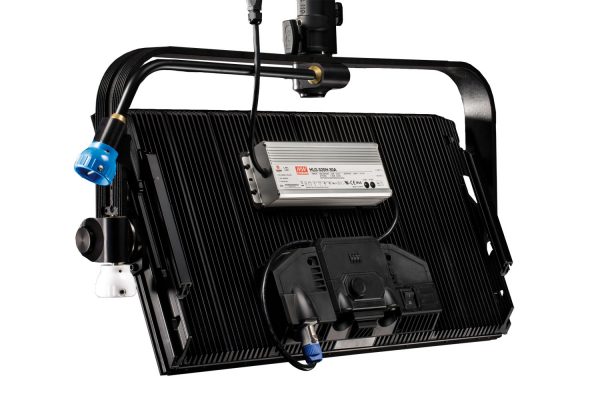 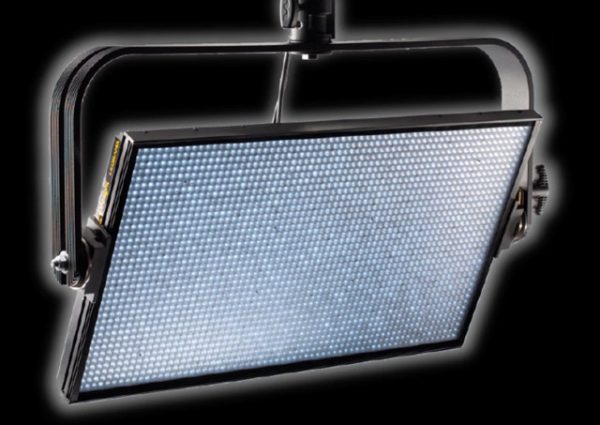 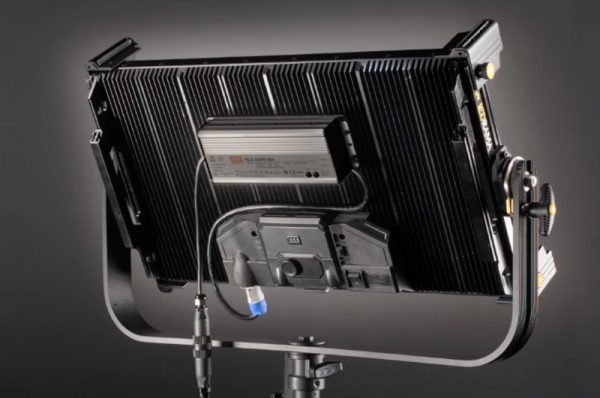 Closely packed LEDs and special optics provide, even without additional diffusion, a much more human and friendly light character, in comparison to most other LED panel lights.

Often when using other LED panel lights, they can have an aggressive and disturbing character, totally unsuitable as key or fill light when shining directly into people’s eyes. Using diffusion gels when placed in front of LED light sources does little to change this – the only result will be less light output.

Dedolight have established with the Felloni model lights, that when diffusers are placed at a certain distance from the LED panels, it can make a significant difference. Using a softbox improves lighting character even more, but sacrifices light output.

The LEDRAMA can be used without a softbox because of the almost homogeneous impression achieved by the extreme multitude of closely packed LED light sources.

If an even more diffused and totally homogeneous light character is desired, a diffuser panel is included – to be placed at a certain distance from the LEDs, such as with Dedolight’s extremely popular Felloni light fixtures. Removable corner pieces serve to position the diffuser panel and optional accessories such as gel filter holder and honeycomb.

An expandable textile shield is also included to prevent parasitic light from escaping between the diffuser and the panel.

In other LED lights, the normal application of bi-colour in LED panels is one row of tungsten, one row of daylight and so on. This means only half of the LEDs are active when using in pure tungsten or daylight colour temps. Therefore, the total light output is only half of the monocolour version. It should also be noted that, as a standard, tungsten light of equal wattage to the daylight equivalent provides a little less output (15-20% less).

With the Bi-Colour LEDRAMA, each individual LED light source is capable of emitting both daylight and tungsten. Therefore, the LEDRAMA has full output in daylight, and only approximately 20% less output in tungsten.

LEDRAMA is uniquely suitable for lighting in the studios. At a distance of 6 metres, it would have a light level of around 700 lux. This is absolutely stunning, and cannot be reached by other LED lights. LEDRAMA has greater reach for less power consumption than its main competitive products.

One of the reasons for this is that the LEDRAMA uses a 45 degree beam angle, as opposed to the ultra-wide 160 degree angle of other studio lights. In addition to this, the special optics in the LEDRAMA enhance the light output and efficiency even further.